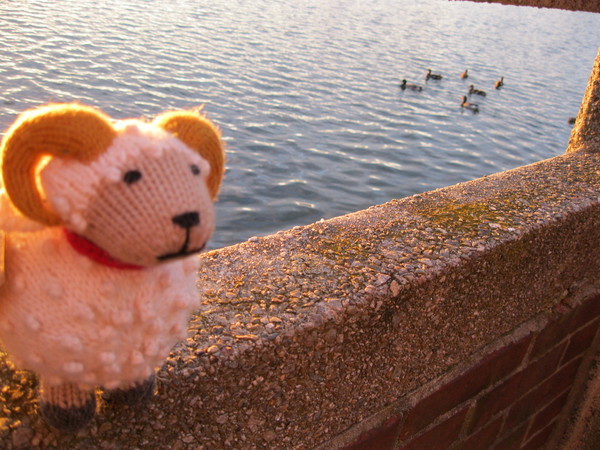 Let me introduce myself. My name is Ramero and I come from the rural mountains of Peru. For those of you who haven't been, it's such a beautiful home! I've always been a wild Ram so a typical day for me consists of taking long walks with friends along the cliffs of Peru in the Andes Mountains.

These walks are usually uneventful except for the one problem that always seems to occur. People consistently confuse me with the goats! Now, don't get me wrong. I have nothing against goats, but there is a huge difference between us and I knew I had to make it known.

So a few months later I saved up some cash and boarded a plane to America, the moment I had been waiting for my entire life! Knowing I still had a lot of work to do, I began researching more on goats. I soon realized that goats and sheep are closely related. They are both of the subfamily, Caprinae. The easiest way to tell a sheep from a goat is by their tails. In goats their tails point up toward the sky. In sheep, they hang down, pointed at the ground.

After I started putting my tail down things began to change, I haven’t been confused for a goat since, and I soon became the mascot for Diseno a beautiful Latin American furniture store in the South End of Boston.