A Return to Simplicity with Francis Mallmann 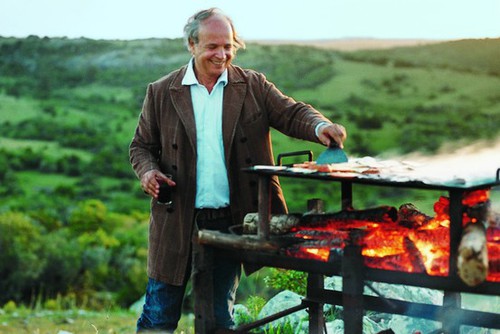 Francis Mallmann cooks with wood fire and cast iron at his three South American restaurants: one in the Argentine wine region of Mendoza, the other in Patagonia Sur, in Buenos Aires, and the final the Hotel & Restaurant Garzon in Uruguay.

Not always one to boast simplicity, he became Argentina’s best-known chef at a young age by preparing haute-French food. However, the prospect eventually bored him.

In 1995 preparing a meal inside a castle in Frankfurt, for the esteemed L’Academie de Cuisine, Mallmann says “I think a guardian angel—a very Argentine angel, from remotest Patagonia—whispered in my ear,” suggesting an entire menu featuring potatoes, South America’s great gift to the world agriculture surplus. 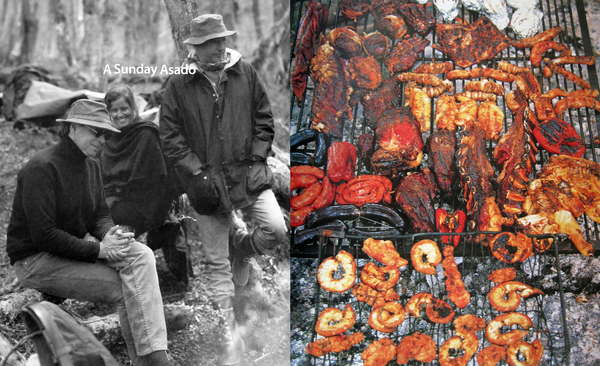 “I decided I was through with the pretentiousness of haute cuisine. From that moment on, I wanted to cook with Argentine ingredients and wood fires, the way I had seen gauchos and Indians cook when I was growing up in Patagonia,” and soon Francis journeyed home to develop his new vision.

These days his cooking is largely based on wood fire, utilizing every aspect of it, from the flames to the hot ashes. He describes the various methods in a cookbook called Seven Fires: Grilling the Argentine Way.

One of Francis’s favorite cooking methods involves the plancha or a cast-iron griddle, because he loves how quickly the cooking surface heats up over the open flame. He also often cooks with a parrilla, another name for a barbecue grate. This is done over live coals, the most popular method of grilling in Argentina, Uruguay, and the United States. Francis prefers the use of elegant serving accessories like our handcrafted Lenga wood serving trays, Alpaca silver trays, handcrafted Rosewood trays, and Onyx platter plates. He also prefects classic serving tools that match his old world cooking style like our Horn or Silver & Bone serving utensils.

Learn more about the simplicity of cooking with Seven Fires: Grilling the Argentine Way and be sure to check out the original article on Food & Wine.